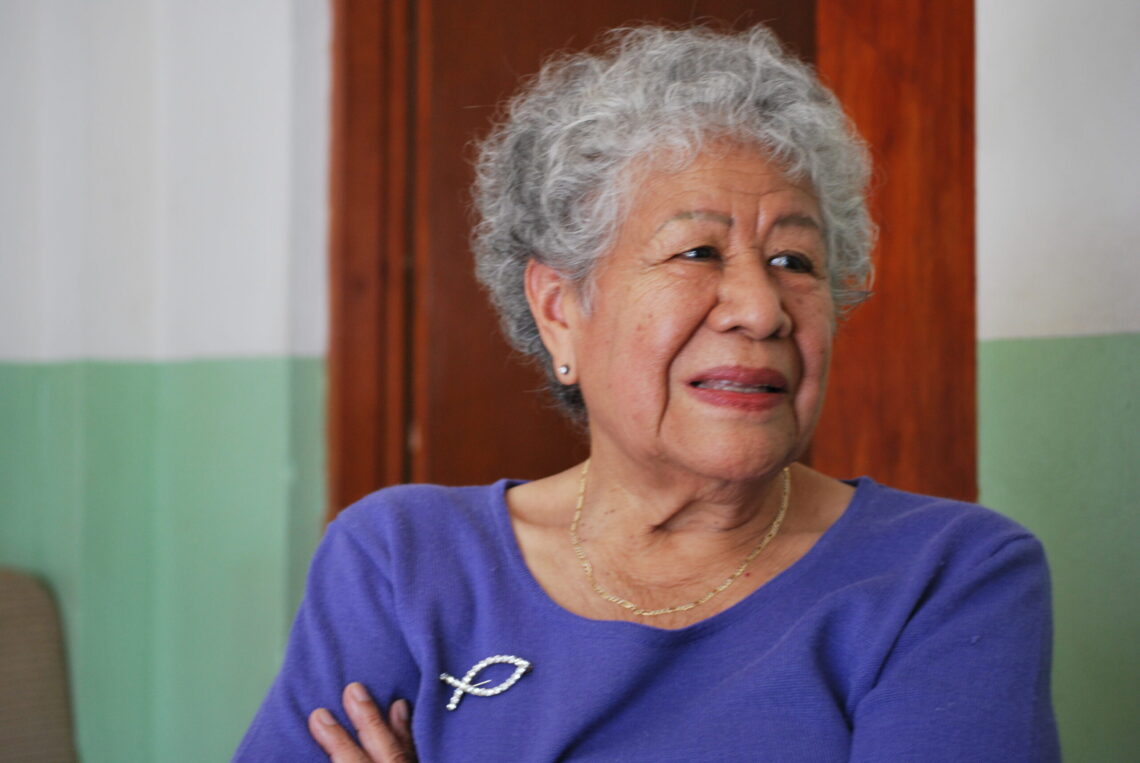 I met Martha twenty years ago, when she was just starting a children’s home. Over these years, I’ve told her stories on stages, in books, and to groups. I’ve prayed for and with her, and she’s taught me some incredible lessons: about provision, persistence, perspective.

Martha is one of those women that when you meet her, you feel drawn to not what she shows you, but what you know lies underneath. Layer upon layer of God showing up and building in her a faith in Him that seems relentless. I wanted to peel back some of those layers and ask her how it started for her, this choosing character over what feels comfortable.

“I found myself alone late in life,” she tells me, “And I was drawn to people who needed mercy. I simply wanted to focus on others, and I started in the jails and the slums. I used to stand up in church and tell everyone that on the weekend I was going to this jail or that drug house, and I’d practically beg people to come with me. But they wouldn’t. So, for four or five years, I went mostly alone to minister.”

“Were you ever in danger? Were you afraid?” I lean forward, curious.

“I was more afraid of what would happen to me if I stayed home than if I went!” she laughs. “As God would have it, He left me feeling dissatisfied; He gave me a sense there was something else to come. Eventually, He directed me to minister to orphans.”

LESSON #2: OBEDIENCE IS OUR PRIMARY RESPONSIBILITY

“Did you have people telling you that you should just live out the rest of your retirement in peace? That you deserved it? Earned it?” I ask.

“Oh, yes, most people tried to stop me, though I don’t know why. I feel most alive when I am ministering. I think some people just found it too tiring to worry about me,” she said. She faced many challenges at the beginning—land, staff, and these were burdens she lifted daily to the Lord. “If this is what you want . . .” her prayers would always begin.

LESSON #3: PRAYER IS OUR GREATEST SOURCE OF STRENGTH

Slowly, the pieces started falling into place. Land was donated, staff appeared, funding trickled in—just enough to open her doors. She found herself dipping into her own savings many months to balance the books. “But it’s all the Lord’s money anyway,” she insists.

Wouldn’t it be great if after we make a difficult choice, after we start down a path of God’s leading, our affirmation would come in the form of easy days and easy ways? As I listen to Martha talk about her orphanage’s beginnings, I wonder whether struggle is the confirmation we’re on the right road, and whether blue skies are actually a warning. I suggest this to Martha. She replies, “We are in work opposed by the Enemy.”

LESSON #5: SPIRITUAL WARFARE IS REAL, AND A CONFIRMATION OF THE CALLING

Then she smiles as she adds, “It’s all worth it, though, when I walk out of the office and hear shouts of ‘Mamá Martha.’” She has been mamá to hundreds of children in the twenty years since her home opened its doors. Patiently and quietly, she has lifted their eyes from their circumstances, up to a God who she believes has a purpose for every life.

She tells another story: “A couple of years ago, I woke up at 3:00 a.m. feeling a burden for some unpaid bills. I told the Lord, ‘I am the servant; You are the King. If You provide for Your work, I will gladly continue, but I cannot muster it up anymore.’

“The next morning, your husband, Todd, came to tell me of a sponsor who agreed to cover the orphanage’s expenses for at least a year. Ever since that day, I wake up every morning at 3:00 a.m. to read my Bible and remember what the Lord did that night.”

That’s Martha—character over comfort.
Now in her eighties, she has handed over the leadership to another director, and will continue on as a volunteer at the children’s home.  “There’ll be time to rest on the other side,” she tells me when I voice concern, “But today, there’s still work to do.”

LESSON #8: TRUST THE WORK IS GOD’S AND LET GO WHEN HE RAISES UP ANOTHER

As I drive home that day after listening to Martha’s story, I think about the truth I learned from her. She doesn’t view herself as God’s teammate as she reaches out to the children in her home.

LESSON #9: WE ARE AN EXTENSION OF GOD’S CARE

They aren’t working in tandem; God is the Source, and she is the outlet. And what He has to offer will never run out.

Life had offered her two choices. One looked more appealing—with less work, less pain, less stress, and less heartache. It would have been the socially acceptable thing to do, and a relief to those around her, if she had just quietly lived out her retirement in peace. But she chose a harder path, and although it’s been tough, by her own testimony, she feels richer, fuller, more satisfied, more loved, more alive. Who wouldn’t want that quality of life?

We are constantly advised to take care of ourselves (which is important) and to maintain balance (which has value), but it can be tempting to stop when the Spirit is still saying “Go!” Instead of listening to ourselves and knowing our own limitations, shouldn’t we listen to the Spirit and heed His direction? Sometimes that might look like stillness when we want activity. Sometimes it means avoiding activities which produce stress and self-importance. Still, sometimes it means working when you’re tired, listening when you have other plans, or giving up when you’d rather not.

LESSON #10: ON OUR OWN, WE CANNOT HELP, LISTEN, SERVE, SHARE, WORK, OR ACCOMPLISH ANYTHING OF VALUE IF IT’S NOT DONE WITH GOD’S STRENGTH

Only the One who has numbered our days knows the plans He has still in store for Martha, but some of it I can guess. She will honor her calling and pray for others, she will love on kids and mentor some lucky adults.  She will give God credit for all He’s done through her, and for all He’s doing still. 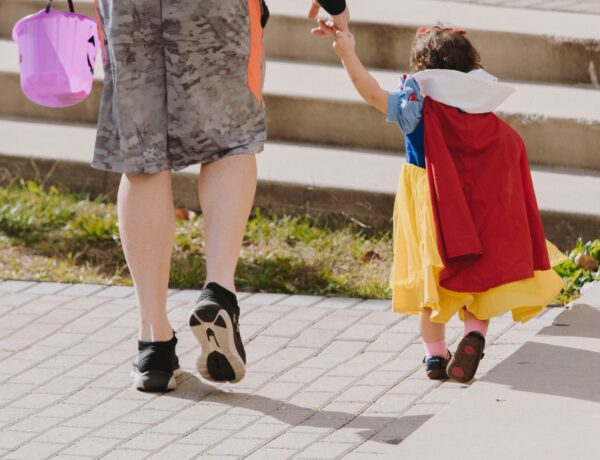 Halloween: Redeeming the Day with Candy, Coffee, and Conversation 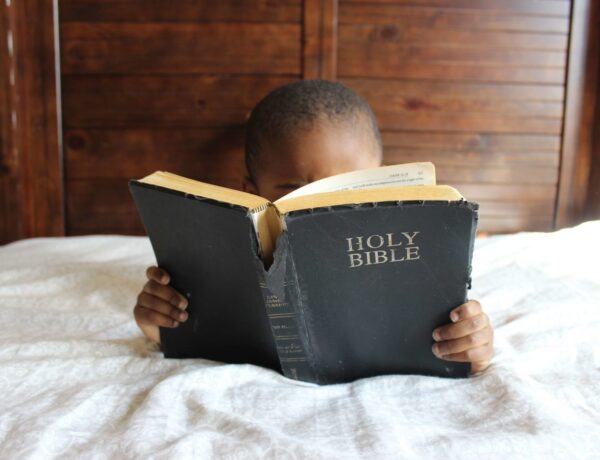 One Of The Most Important Jobs We Have as Parents – To Teach Our Children To Pray. 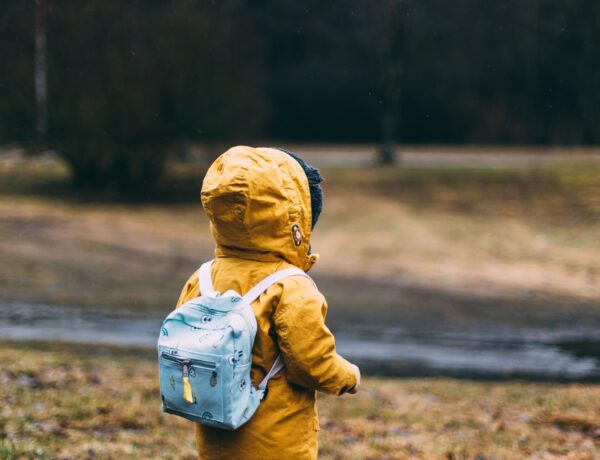 7 Ways We Fight Spiritually for Kids

Burr in the Saddle 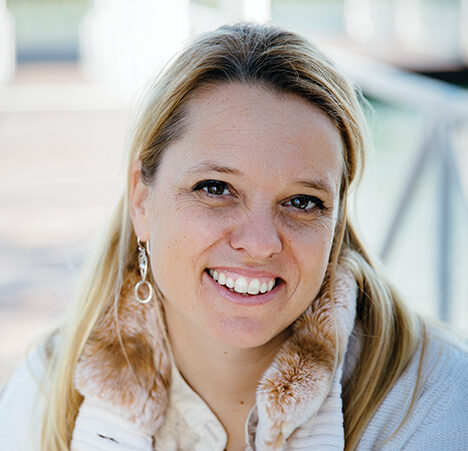